Skip to content
We apologize for the inconvenience, but the motel does not currently have any ADA compliant, or handicap rooms, or other facilities, of any kind.

“A LOVINGLY RESTORED, VINTAGE DOO WOP MOTEL… AN ARCHITECTURAL LANDMARK OF THE FABULOUS ’50S… AN ICON OF THE WILDWOODS’ GLITZY DOO WOP HERITAGE…”

First opened to vacationers in 1957 at the height of the Wildwoods’ “Doo Wop” heyday, the Caribbean Motel was among the most daring, imaginitive structures to be built in the resort during that era of post-World War II optimism and leisure when everyone had one eye on the future (a better future, of course), and the other on exotic vacation destinations in far-away lands (at least the way they’d seen in the movies).

The Caribbean rolled both of those fascinations into one with a motel that sported ultra-modern architectural elements like a futuristic “levitating” ramp, canted glass walls, and recessed “spaceship” lights along with “exotic” tropical landscaping and theming including the very first plastic palm trees to be “planted” in the Wildwoods, giving vacationers the feeling of being in a far-away tropical paradise while only a short drive from home on the Jersey Shore.

Today, the fully restored, renovated and re-invented Caribbean Motel stands as a living monument to this magical era in our nation’s history – a taste of pure Americana, you might say, with a 21st-century tropical twist! Modern amenities like flat-screen TVs and free wireless internet combine with clasically restored and reproduced mid-century furnishings and ambiance to create one of the most unique vacation experiences at the shore!

We invite you to read on and learn more about the history, present, and future of the Wildwoods’ most famous Doo Wop motel! 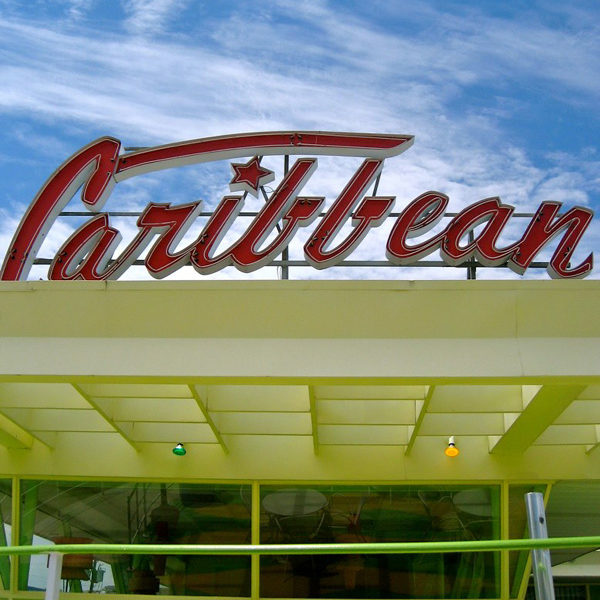 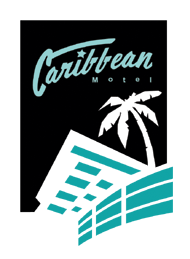